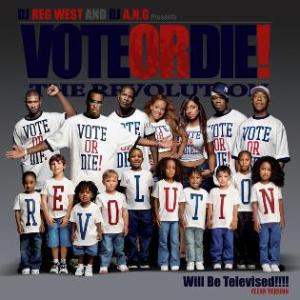 Educators are supposed to be disciplined at presenting issues and election themes and even presidential candidates to students in a wholly neutral way. We want students to weigh the facts (what are the facts?) and think for themselves. It is an exercise in democracy and critical thinking. Even if they are only eight. We are conditioning them to one day take their place among the discerning electorate.

That’s not the only reason why public school educators are obliged to neutrality in matters of politics. Our eight year olds are impressionable but their parents are the electorate and they will not abide any hint of indoctrination. Besides, what faculty is unanimous in their support for one presidential candidate over the other? So at my school, just two days from an historic national election, we have fulfilled our unspoken commitment to neutrality.

But it gets harder by the second.

On this somewhat overcast Sunday Southern California morning, I am in a state of deep reflection. We have every television in the house blaring different cable news channels. I haven’t watched an NFL game in weeks (though I caught part of the World Series during Rachel Maddow’s commercial breaks). It is the not-so-calm before the election storm. I can’t wait.  I can barely sleep.  Something is happening here that has resonated with many educators, myself included, on a deep, deep level.

I am guilty of having told students– for the past 30 years– that if they work hard, study hard, stay focussed… they can achieve anything in America. I said it in the 1980’s as an English teacher for children who were bussed across town in the name of the court-mandated desegregation program. I said it in the 90’s to children in the juvenile court schools as they finished their GED’s in the custody of California’s Probation Department. I have said it for the past ten years at Mueller Charter School where 95% of our students are Latino and most will be the first members of their families to go to college.

Many of us also knew that if we were going to make promises to children about the benefits of hard work, we would have to do our part. We would have to redesign our schools so that they were more inclusive, more vigorous, more meaningful, more effective. We would have to eliminate gaps in learning outcomes that persist along racial or ethnic lines.

So today we bear witness to the ascendency of one presidential candidate who took the advice of his teachers. He worked hard. He took inspiration from his family roots, his mixed-race identity, his lack of resources. He was beneficiary of neither short cuts nor favors. This morning he stands on the edge of history with the potential to unite a nation in desperate need of hope and optimism. He is poised to bring a new level of meaning for those of us who have committed our life’s work to the service of children in public schools.

In California we will have to wait until the wave rolls past on Tuesday night. But I will be awake at that historic moment.  I’ll wait for Wolf Blitzer to tell the nation that CNN has projected a winner. And on Wednesday morning I’ll go back to work and outwardly maintain my political neutrality– as if we can’t say his name and shout for joy in the same expression of congratulatory praise. But if the pre-election punditry holds– if those televisions normally reserved for Sunday’s NFL speak hope to power– “we have a righteous wind at our backs.”  And I will for the first time feel a personal sense of vindication among children. I will honor the educators of Punahou School in Honolulu who during one faculty meeting or another were no doubt told that you have to have high expectations– you have to treat every student like they may one day be poised to change the world. I will believe it is finally true: that if our students work hard, study hard, and stay focussed…they can achieve anything in America.

They can even become President of the United States.