HOPE, TITLE IX, AND THE QUEST FOR A WORLD CUP TITLE

It never really occurred to me that the U.S. would lose to Japan in the World Cup Soccer Final last Sunday.  Our women’s team was magical.  They came from behind against Brazil and won on penalty kicks and the rest seemed pre-ordained.  All that was missing was Al Michaels roaring into the microphone: “Do you believe in miracles?!!!”  and the jingoistic chant of “USA!…USA!…USA!…”. 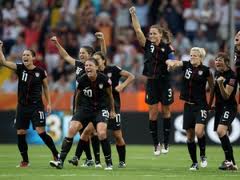 So I decided I would write a post about the amazing skill and passion and audacity and focus and persistence and fitness and resilience and talent of this extraordinary team.  I decided I would write about how they flew to Germany and somehow captured the heart of a nation back home.  How, while most of us were bellyaching about the NFL lock-out, our girls were quietly kicking butt.  How they lifted one of the most coveted trophies in international sports: the World Cup.

But then they lost.  Japan came from behind and won on penalty kicks and the tables were turned.

So much for my blog post about winning the World Cup.

Then I noticed something else about our team. I saw how incredibly positive they were– how gracious, even in the face of heartbreak and defeat.  There were no tears.   There was no scape-goating or drama.  Just classy American athletes at a time when “classy” and “American athletes” have long since become an oxymoron.

That’s when I realized that we are all beneficiaries of Title IX.

That 1972 federal law which created new opportunities for women in athletics was based on the Equal Protection Clause of the 14th Amendment.  (Incidentally, so was the line of cases and laws that defined student rights in special education, school finance schemes, bilingual education, and of course, school desegregation).

“No person in the United States shall, on the basis of sex, be excluded from participation in, be denied the benefits of, or be subject to discrimination under any education program or activities receiving Federal financial assistance.”

Title IX represented a vision of opportunity and equal treatment that has, forty years later, inspired our daughters to excel in every walk of life.  And not just our  daughters because many of those Japanese athletes grew up watching Mia Hamm and now play professional soccer here in the US. 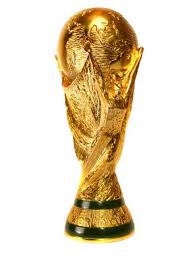 Engraved in the golden walls of the World Cup is (at least metaphorically) a kind of promise– that when you provide every person with legitimate opportunities to fully develop their natural gift, the boundless potential of the entire human family comes closer to fruition.

The fight for educational equity in the United States is far from over.   There are huge populations of students “left behind” in the achievement chasm.  There are also critical subgroups suffering in silence who are worthy of advocacy at least as passionate as that which produced Title IX:  namely, those who are poor, or homeless, or our gay and lesbian students, or our immigrant children, or kids who are victims of bullying. And now we know what happens when we let all of our kids compete.

The US Team was lead by a goalie named Hope.  That is fitting.  And she would be the first to tell us that you don’t win a world championship on hope, but rather, on focussed energy and effort and commitment.  That lesson wasn’t lost on the hundreds of thousands of young girls no doubt watching their new idols on Sunday and dreaming  of a world cup campaign of their own.

That is the legacy of Title IX which we all inherited–  a promise to our children that they can play too.  As equals. That is what makes the quest for the World Cup worthy of your journey.  And mine.