CORKING THE BATS: WHY THE ATLANTA SCANDAL IS ONLY THE TIP OF THE NCLB ICEBERG 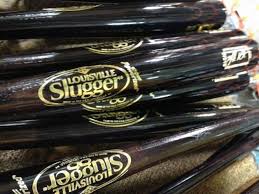 Cheating is such an integral part of baseball culture that it is almost endearing.

Stealing bases when nobody is watching can get you into the Hall of Fame, for sure.  But I’m talking about real cheating.  Knowingly violating the rules of the game  to gain some perceived advantage– which, in baseball’s long history, takes on many forms and variations. And some are more compelling than others. Like George Brett and his pine tar bat, for example, producing one of the modern game’s most dramatic and memorable highlights.   Or the notorious spit ball.  Or Phil Niekro slipping a fingernail file into his hat so he could scratch out a better knuckleball. Or corking the bats.

But then there are the extremes. Pete Rose bet on his own team.  In 1919 the Chicago White Sox accepted bribes to intentionally blow the World Series.  And more recently, there are regular accusations and suspicions about players  juicing.

Baseball is America’s game.  And so is the cheating that goes on that makes baseball baseball.

And so it was fascinating to watch the shockwaves ripple across the nation when one of our preeminent superintendents and a fistful of teachers were all indicted for their elaborate scheme to doctor their students’ test results.

The horror.  The scandal.  The betrayal. This is public education, for God’s sake.  Not baseball!

But for those of us who work in schools everyday, it should not be surprising at all that educators went to such unethical extremes to gain an advantage.  When you threaten people with their jobs, their livelihood, their professional careers… they become resourceful.  Welcome to the legacy of No Child Left Behind. High stakes testing is when you have everything to lose and nothing to gain.  When a system that we KNOW is bad for kids is treated as if it is worthy of our outrage when it is violated.

But the real question we ought to answer is this: What exactly is “cheating” when it comes to testing our kids?  When do we cross the line from stealing the catcher’s signs or corking the bats– to intentionally losing the World Series on a bribe?

This week, for example, I discovered the extreme degree to which many of the schools in my district are engaging in test prep with only three weeks remaining until the California Standards Test.  Test prep includes practicing sample test items and drilling in the strategies for how to select a correct answer in a multiple choice item.  The entire school throws out the rest of the curriculum and locks in on a single imperative.  All day.  Every day.  It’s legal.  Even encouraged with a wink– because it can definitely inflate results.

But it’s not good teaching.  It’s not good for our kids.  It doesn’t advance learning.  It doesn’t promote thinking or collaboration or communication or entrepreneurialism or any of the other 21st century skills that will soon be treated as the coin of the realm when the Common Core is ushered in.  In fact, devoting any more time at all to the various state assessment  packages that are now all but obsolete… seems to be the worst form of cheating.  It’s cheating our students of their time for authentic learning. Wasted days and weeks and months in pursuit of a mission that has nothing to do with our children’s future.

So ok… “test prep strategies “are not quite the same as calling for pizzas as you hunker down and change all of your students’ test booklets to reflect correct answers… but it’s still a hoax to pretend high test scores mean our kids are actually  learning.

Professional baseball is intensely competitive and the rewards are great for those few who excel in it.  So great in fact, that it creates a climate where cheating is inevitable.  But the game is pure and it will survive the scandal.

Educators, on the other hand, are typically driven by an instinct for service and advocacy.  Teaching a child is its own honest reward.  But NCLB was never  designed to promote performance as much as to punish the status quo.  It wasn’t really intended for teachers to improve instruction or close the achievement gap among our children- as much as it was for politicians to quantify their competing ideologies about what they believe matters in our schools.

Atlanta reminds us that we’ve lost our soul as a profession–and as a nation– not because of cheating scandals, but because we legislated the game away.

“Let me say at the risk of seeming ridiculous, that the true revolutionary is guided by great feelings of love…”   — Che Guevara

On Tuesday our 2008-09 test results finally arrived.  They were packaged neatly in a brown box, arriving on our door step like a UPS surprise.  A milk delivery.  Like an old Western Union Telegram containing some inevitable message that had to come sooner or later.

So we unwrapped the contents of the box and unfolded the scores like familiar laundry– grade level by grade level– and hung them on the clothesline:  math next to the lemon tree… while language arts dried in a Bay-soft breeze that otherwise cools the bouganvilla.  We figure if we treat our test results with such reverence, if we handle them gently enough, if we sprinkle them with holy water, if we read them by the light of a crescent moon, if we wait until the tides align, if we rub the rabbit’s foot, if we pay tributes to the voodoo altar… the news might be more favorable.

And so disappointment descends and we start to pick through the numeric bones like an autopsy:

The truth is, of course, we have complete control over our results.  El Milagro had record highs in 4 grade levels!  Our students are strong in writing and our 8th grade may have been the highest middle school in the South County. There were lots of promising trends. But the NCLB testing game is not just about trends.  It is about winning.  We are the baseball team that makes great plays and gets lots of hits and looks gorgeous in our uniforms… but can’t score runs.  If you can’t score runs… you won’t win games.

So for the first time in the 10-year history of the testing game, Mueller Charter School will join the inglorious club of Program Improvement schools who will be left scratching their heads and waiting for a knock on the door from the local expert who will bring a magic solution on how to terminate your membership from “the club” sooner than later.

We decided not to wait.  It is a new season.  We are already re-loading. We are organizing to score more runs.  We realized that even though we keep getting better results each year, other schools are passing us like we are standing still.  We can’t tinker at change… we have to turn El Milagro on its head.

Che Guevara is the face of revolution– but as far as I know he never played baseball.  And he didn’t seem like the kind of guy who would belong to any club.

(NOTE: As the Annual Yearly Progress (AYP)  goals continue to accelerate, more and more US schools will be categorized by the pejorative brand: “Program Improvement School”.  NCLB’s kiss of death.  By 2014 as many as 90% of America’s schools could be categorized as underperforming “Program Improvement” schools.  Perhaps it provides a handy label for politicians to rail on public education in general… but inside our schools, where we know our children’s names and faces, it is a different story.

This is the FIRST POST IN A SERIES as Mueller Charter School awaits its test results from the 2007-08 school year.)

All of the human emotion and energy was drained from the page and forever deposited into the timeless vaults of Major League Baseball.  All that was left behind were shelled peanuts and Bronx beer cups and a lost binocular case: the predictable debris of 55,000 spectators and a national television audience.   Soon all that would be swept away too.  But not the box score.

So where in this infinite compression of events does the box score reflect that an  outfielder played the game of his young career or that an old veteran pinch-hit in the  8th and struck out—leaving two runners stranded and causing management to question his future in the game.   Or that a maple bat shattered on a foul ball and flew into the stands just missing an eight year old girl who had turned to look for the vendor selling cotton candy. Or that the pitchers in the bullpen spit sunflower seeds on each other and flirted with the girls in Section 107 and that one of them got a date. Or that an umpire made an embarrassingly bad call on a routine play at second only to stumble as he jogged back out to his position beyond the infield grass.  The fans who were jeering him hesitated long enough to laugh as he nearly face planted within view of a momentarily hostile world.

And yes there is a point here.

At Mueller Charter School we await the return of our students’ test scores– now just weeks away. A year’s worth of collaboration, energy, focused effort, commitment, heartbreak, tears, momentary triumphs, wins and losses—will all be reduced to a few lines. A box score.

“Did you meet your AYP goals?”

“Did you make significant gains on the Academic Performance Index?”

“Did you go into Program Improvement?”

“Did you prove your worth on the planet as a charter school?”

And we will answer:  “But what about the lives we touched?  The lives we SAVED?  The families we successfully linked with health care insurance… the kids that climbed out of the basement referred to as Far Below Basic… the kids who we sheltered while their father was sent to prison in Central California… the teacher who was ready to quit until she found salvation in her extraordinary students… the strides we made in utilizing formative data to make strategic adjustments…  the hundreds of students who now have enough of a foundation in English to compete academically—even if it wasn’t soon enough to benefit this year’s box score…”

“What about the community of teachers and learners and families who will declare last year a tremendous success, who will return from summer vacation energized regardless of what shows up in the box scores?  What about our indomitable spirit– the “this is our year”, the no quit, no excuses, no turning back– the community invested in the success of their kids?” 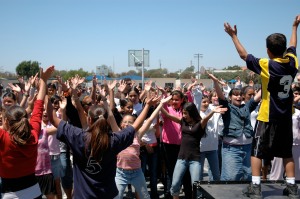 Who knows.  When we get our results back at the end of July we may conclude that we have finally overcome the adverse effects of poverty and the economy and family mobility and the challenges of learning English as a second language and that we actually met the AYP and API and PI expectations.  The data may authenticate the most productive year in the 15-year history of Mueller as a charter school.  The Board and media and world community may then suddenly sit up and take notice:  “Wow.  How about that Mueller Charter School.  How did they do it?”  Or not.

In either case we know for certain that a single box score out of context cannot predict whether the Yankees or the Red Sox will win the American League East.  Just as we know that the complex drama of teaching and learning and human relationships and keeping children whole– cannot be meaningfully reduced to a box score.