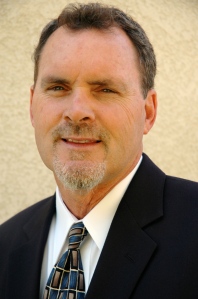 I have been the Principal and then Executive Director of Mueller Charter School since 1999. Our school is located in Chula Vista, California, seven miles from the border with Tijuana, Mexico.  Our students are talented, multilingual, multinational, bright, motivated, and globally aware.  Our mantra is that “Our Children Will Change the World”.  Because they will.  Or they won’t.  And I’m pretty sure that the difference lies in the kind of schools and communities and opportunities we create for kids.

In 2008, I wrote about our rise from one of the lowest performing schools in the South Bay, to one of the state’s most successful charters,  in a book called “The Lights of El Milagro.”  Then, in 2012, I published  my second book called “Fighting For Ms. Rios“.  It’s a collection of journals written by a gifted fourth grade student named Aiden, about his school, his friends, and his inspiring first-year teacher– Ms. Rios.  It’s fiction. Sort of.  It probably describes your school as much as the culture of El Milagro— the good and the bad. And the brilliant.

Lately we’ve been pretty engaged with other developments.  In 2014 we opened Bayfront Charter High School, an extension of Mueller.  We are currently in our third year, with 9-10-11 grade students.   Next year we will grow into a complete 9-12!  Bayfront was founded on a mission– to prepare Future Ready high school graduates–  and to light the pathway toward whatever college, career or life aspirations they may have. Opening Bayfront is the hardest thing I have ever done.  And the most rewarding. I want to share the journey in upcoming posts… so make sure to look for them.

Finally, this blog– The El Milagro Weblog– includes nearly ten year of posts and essays and observations, mainly about public education in America.  But there is plenty of other stuff here too. There are some big gaps in time. I don’t write every day and I get preoccupied with other writing projects and opening the high school.  But with the recent presidential election, I have felt called to resurrect it all.  “Eternal vigilance is the price of liberty” said Thomas Jefferson.  And I am awake.

So let me know what you think.