I’m honored that the Association of California Schools Association (ACSA) positioned my article right up front in their September-October issue of Leadership Magazine!  We’ve done some good work at Bayfront and Mueller. Much more to do.  We are El Milagro.

The article is here: 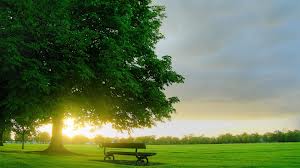 Sometimes we have an idea… and we search for a pathway to bring  that idea to fruition. And sometimes we don’t.  And sometimes our ideas just roll off the edge of the keyboard like once-familiar coins that have long since lost their shine.

So that drive along Bay Blvd. last October was not one conducted with any great promise.  There was no urgency to find this building– dropped so neatly by the side of the road.  There was no expectation.  I was just driving– and sometimes that’s all it takes.

I wonder if the universe reached into the driver side window and grabbed the wheel and pulled me to the curb.  Or whether it was the building itself.  Or the magnetic force of ideas stacked for years and waiting to take wing.  Seabirds…pinned to the wind and pushed as if flying sideways would always be their lot.

But then in instant those ideas are all set free… because that is what we live for.

So I was in the moment and Bayfront Charter High School was born. By providence.

United States University is a half mile away from El Milagro.  It is a newly renovated 30,000 square foot building with 18 colorful classrooms, and meeting spaces.  They are a small private university that caters to working adults.  75% of their students are on-line and the rest come at night.  They could have leased a double-wide storefront in the strip mall; built a one room virtual schoolhouse sandwiched between 7-11 and the beauty supplies.

But they didn’t. They rolled the dice on a business model built for agility and open to change. And that decision contributed to Bayfront Charter High School, too.

So there it sits.  A gorgeous building with exquisite functionality– architecture in search of its own meaning along an undeveloped bay front– and instantly, it became the face of a dream that had been incubating for years.

In 2007 we launched our middle school called  Mueller Charter Leadership Academy (MCLA) because it broke our hearts to graduate six graders and send them off to a two-year under-performing school that was public education’s answer to purgatory.  The traditional middle school is that two year wasteland that promises neither rigor nor relationships.  So we built our own bridge and by-passed it all together.

Then we started to take a closer look at the comprehensive high schools with nearly 3,000 students.  In those schools kids have to compete for every inch of support. They compete for attention, for opportunities, for services, for lunch, for access. They compete to get into the freaken rest rooms.

Maria went to one of those neighborhood high schools and was told by a counselor that she needed to go to the community college because her grades weren’t good enough for a four year university.  She disagreed and today she is a sophomore at USC. Aldo was the class valedictorian last year but they decided not to let him deliver the valedictorian speech because it didn’t conform to their expectations.  He’s at Dartmouth.  Jose’s parents called multiple times to speak to a counselor and were consistently instructed to leave a voicemail message.  They never called back.  Alejandra wanted help in her math class– but the tutoring times she was given by her teacher were actually the teacher’s lunch time.  And he ate lunch in the faculty lounge.

We decided that if these high schools aren’t going to teach the students that we send them– if they are not going to inspire and lead and love and counsel and advocate and push and support and celebrate the children we have invested nine years in– we will take them all back.  And we will do it ourselves.

But this building had to fall out of the sky on that October morning in order for us to do that.  And then other stuff had to fall out too.  And so it did.  And now its March and we are on schedule to open the doors in July to our first 150 freshmen.  The Class of 2018. 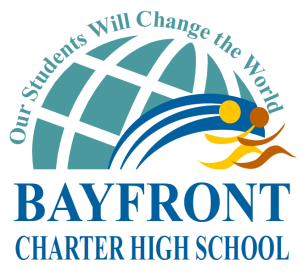