A POEM FOR BARACK OBAMA UPON THE INAUGURATION OF AMERICA

A flurry of blogs—including Scott McLeod’s “Dangerously Irrelevant”— have invited their readers to write an open letter to President-Elect Obama.  It is a cool idea so I decided to write one.  If you scroll down to the next post you will find it.  But then I saw Larry King interview Maya Angelou about her poem “On The Pulse of Morning” which was written for Bill Clinton on the occasion of his first inauguration.  Dr. Angelou said she has not yet been asked to write an Inaugural Poem for President Obama but said she would write one for him anyway– which is also a cool idea.  So I wrote one of those too.

This is my Poem on the Inauguration of America. It was written moments after CNN announced Barack Obama as the 44th President of the United States. It gives voice— at least for me— to the deep emotions, the catharsis, and the extraordinary pride I feel in him. And in America.  And the very long road we have walked.

“Here on the pulse of this new day, you may have the grace to look up and out and into your sister’s eyes, into your brother’s face, your country and say simply, very simply, with hope, good morning.”

–Maya Angelou “On The Pulse of Morning” 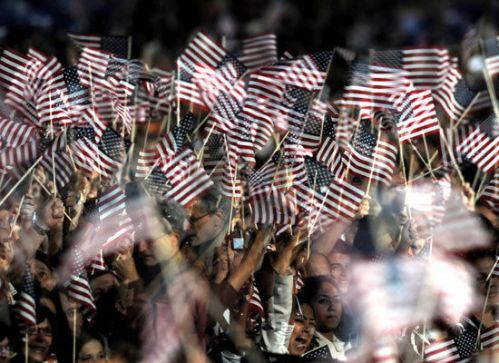 A POEM UPON THE INAUGURATION OF AMERICA
January 20, 2009
Written for Barack Obama,  the 44th President of the United States
By Kevin W. Riley

Hope has, even for America’s moment,
Brought more than this moment of redemption.

Hope.
Though I am shackled and thrown upon the swollen deck,
Seaborne and riding the stench of slavery to some new world- lost to life.

Hope. Though I am asleep in Lincoln’s apocalypse.
I am Gettysburg and Manassas and Shiloh.
The dead stacked and shoveled into history’s silent pocket.
In the atrocities a war wrought, even the birds were lost for song;
their throats clutched
In witness of humans who could be so calloused and so cruel.
All in the name of Freedom.

Hope.
I am innocence: Emmit Till and Little Linda Brown
and Addie Mae Collins and her three young friends.

Hope.
I am the blessed martyrs. I am Medgar Evers.
I trust Malcom X with my fury.
I marched from Selma to a Birmingham Jail.
I ripped away the judge’s hood that silenced Bobby Seale
and enjoined the Freedom Riders to endure the flames at Anniston.
I heard the chilling voice of Bull Connor and the sting of riot dogs.
The fire hose.
I saw school buses ignite Roxbury and trigger decades of white flight.
And still I stand.

Hope…
I am the preacher-prophet who foretold that we would reside one day
in a promised land.
He must be with us now.
Though the years have kept his visage young…
His eternal voice is crisp as fire
As he sings from the mountain top.
This morning I heard the sky rejoice-
like the deafening wail of 10,000 hurricanes.

I am Lazarus.
I have redeemed the blood of a beloved brother, gone 40 years.
(Bobby’s picture is still among a shrine of holy cards
in a little house in San Antonio
Where Abuelita says her morning rosary
To Cesar Chavez and a wall of popes whose names she cannot pronounce).

I am JFK for whom Ireland still weeps.

I am redemption for centuries of sorrow;
For a word so foul it sticks in civil throats like drying cactus–
Thistle and rust, decapacitating…
A poison elixir that not all our years combined can exorcise.

I am Hope.
I ride a mighty wave.
I stand on shouldered giants, most for whom history has not reserved a name.
I am beneficiary of the wishes and the words and the blood of legions.

I rise by the toil of Chisholm and Jordon;
on the scaffold stairs built by Jackson and Charles Houston
and Andrew Young.

I am
Hope– tempered, with no guarantee.
But if ever He loved a people
Surely now He has heard our prayers…
Whispered through days and years and generations–
Through all America’s time
To let us be who we must be;
To even once know what it means to be ONE nation.

Alas…
I am only Hope.
My arms are thin.
I speak as if all of God’s angels have somehow filled my lungs
with righteous air.
I am your mouth. His voice.
Our hands–
That the promise of humankind might at last be realized.

But I cannot be who YOU will not be…

So now my name is nailed above Katrina’s door,
Above the Wall Street debacle and the house of cards.
My name is nailed to Iraq and Jerusalem, to all ancient Persia–
And to the suffering of Darfur.

And as I go, so go a hundred nations.

Freedom shines,
A loud bell tolls the moment.
We are astride a wondrous day.
History will remember us as giants…
Or it will not.

Redemption has a name.
I am Obama. And mine is a holy song. 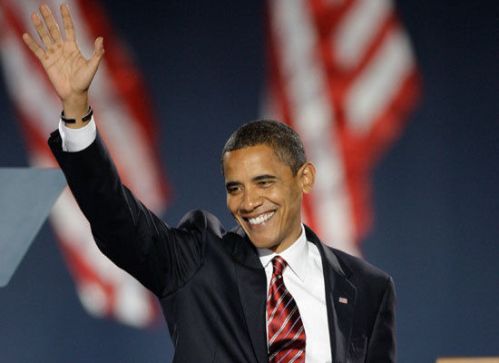