5 PILLARS TO SAVE A NATION 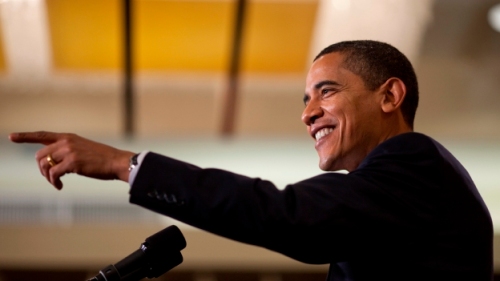 “Every so often, throughout our history, a generation of Americans bears the responsibility of seeing this country through difficult times and protecting the dream of its founding for posterity. This is a responsibility that has fallen to our generation. Meeting it will require steering our nation’s economy through a crisis unlike any we have seen in our time.”

This past Tuesday  morning, President Obama presented his proposed education reforms to the Hispanic Chamber of Commerce in Washington DC.  If the Hispanic Chamber of Commerce is going to advocate at all for Latinos and their children in the United States, they should take great confidence away from that bright, bright morning at the Marriot Ballroom.  In the background of the President’s message  is an economy that has been ground down to the core by too many individuals who were entrusted to leave the machinery of commerce better than how they found it.  But once they got their hands on the wheel, the temptation to achieve personal gain, the lack of compassion, the lack of regulation, the lack of restraint, the lack of moral guidance, the lack of patriotism–  led the country and the rest of the world– right over the cliff toward economic collapse.

This happened on the last President’s watch, the one that talked about patriotism and Christian values and keeping America safe.  The one that imposed No Child Left Behind on America’ s schools and accelerated an era in which the illusion of accountability and achievement has merely driven schools to gun the motor, spin the tires in the mud, and lurch forward in the wrong direction in a cloud of spent energy and system-wide exhaustion. Just like the economy.  President Obama said:

“Despite resources that are unmatched anywhere in the world, we’ve let our grades slip, our schools crumble, our teacher quality fall short, and other nations outpace us. Let me give you a few statistics. In 8th grade math, we’ve fallen to 9th place. Singapore’s middle-schoolers outperform ours three to one. Just a third of our 13- and 14-year-olds can read as well as they should. And year after year, a stubborn gap persists between how well white students are doing compared to their African American and Latino classmates. The relative decline of American education is untenable for our economy, it’s unsustainable for our democracy, it’s unacceptable for our children — and we can’t afford to let it continue.”

So President Obama  connected the dots on the moribund economy and our bankrupt schools and the illusion of academic progress for a nation leaving virtually all of our children behind.  The two systems are inextricably bound.

While there may have been too few voices signaling our economic demise with any authority or passion, we have been signaling the alarm from within our schools for 8 years:  educating children, particularly those who are severely impacted by our nation’s recession, requires a lot more than threats and bullying over standardized test results. But just as opposition to the war in Iraq was regarded as unpatriotic, warning of the dangers of such a myopic view of teaching children was disregarded as “excuses by educators who are afraid of being held accountable.”

We merely linked the academic future of our children to the economy and to the federal government’s responsibility to help ameliorate  those punishing risk factors that inhibit children’s learning.  And we were right.  In fact, two important studies were released this week that neatly framed President Obama’s vision for public education.  The first was a joint study from the Education and Public Interest Center at the University of Colorado at Boulder and ASU’s Education Policy Research Unit.  That report described seven “out-of-school factors” that profoundly influence students’ academic success and lead to inequalities among children: prenatal care; health care; food insecurity; environmental pollutants; family stress; neighborhood characteristics; and lack of extended learning opportunities, such as preschool or summer programs.  The report’s conclusion is that schools cannot address these variables alone.

And we’ve been saying that too.

The second study came from the National Center on Family Homelessness who now estimate that one in every 50 American children is homeless. In summarizing the report  Time Magazine’s stated, “The consequences of homelessness are profound. Homeless children are twice as likely as other children to be retained, or held back, one academic year, or to be suspended or, ultimately, to drop out of school altogether. School districts across the country report a growing share of students who are highly mobile — who move multiple times within a school year. With each move, experts say, such students are at risk of falling some six months behind, or more, in their studies.” And as a result of our economic downturn, the trend of homeless children is growing.

Under the leadership of Secretary of Education Arne Duncan and President Barack Obama, we have an opportunity to reverse the downward spiraling course of public education as we simultaneously address childhood risk factors associated with our volatile economy.  And in fact, Mueller Charter School has been on that path for years– not because of any inspiration from NCLB, but rather, in spite of it!  From the energy and innovation and subversive entrepreneurialism that comes from being an independent charter we have created a school environment that models– at least in part– the President’s Five Pillars of Education Reform as he presented them on Tuesday:

First Pillar:  Investing in early childhood initiatives like Head Start;
Second Pillar: Encouraging better standards and assessments by focusing on testing itineraries that better fit our kids and the world they live in;

“We will end what has become a race to the bottom in our schools and instead spur a race to the top by encouraging better standards and assessments.  That’s why I’m calling on states that are setting their standards far below where they ought to be to stop low-balling expectations for our kids. The solution to low test scores is not lowering standards — it’s tougher, clearer standards.  And I’m calling on our nation’s governors and state education chiefs to develop standards and assessments that don’t simply measure whether students can fill in a bubble on a test, but whether they possess 21st century skills like problem-solving and critical thinking and entrepreneurship and creativity.”

Third Pillar:  Recruiting, preparing, and rewarding outstanding teachers; treating them like professionals and holding them accountable;
Fourth Pillar: Promoting innovation and excellence in America’s schools… supporting charter schools… reforming the school calendar and the structure of the school day;

“Now, even as we foster innovation in where our children are learning, let’s also foster innovation in when our children are learning. We can no longer afford an academic calendar designed for when America was a nation of farmers who needed their children at home plowing the land at the end of each day.  That’s why I’m calling for us not only to expand effective after-school programs, but to rethink the school day to incorporate more time -– whether during the summer or through expanded-day programs for children who need it. “

The ground shifted beneath our feet this week, as the President’s message signaled a change in course that favored children.  At nearly the exact same moment, 62 seventh graders from El Milagro were climbing the steps to a university that they had never laid their eyes on before. Our students visited San Diego State University, University of San Diego, University of California at San Diego, Cal State San Marcos and the Arts Institute.  In two weeks, our 8th graders will spend three days in Los Angeles visiting USC, UCLA, Cal State Long Beach and UC Irvine. They will see themselves in the faces of students on those campuses and their life course will be fundamentally altered: from their choice of friends to the goals they set and the courses they take in high school. They will likely be the first in their families to attend college. Their pathway will be made more clear as President Obama’s vision of education comes to fruition, and the unforgiving decline of America’s economy is halted.

“We have a legacy of excellence, and an unwavering belief that our children should climb higher than we did,” the President said.

In the meantime, we rise to the greatest challenge of our generation, to right the course of our economy and our public schools, and literally save our nation. 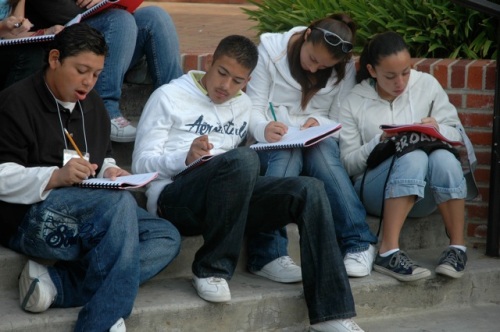